CSA is pleased to announce that Andy Andrews will be the Keynote Speaker for the 2021 Annual User Education Conference. Hailed by a New York Times reporter as “someone who has quietly become one of the most influential people in America,”  Andrews is an internationally known speaker and author. Among his New York Times bestsellers are the classic novels, The Traveler’s Gift and The Noticer. Leaders from the world’s top organizations - including four U.S. presidents - regularly seek him out as a trusted resource for unlocking extraordinary results.

With a quick glance at his track record, it’s easy to see why: 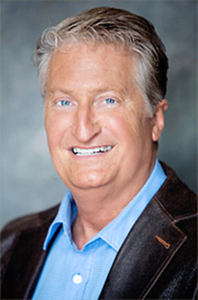 Andy lived a relatively normal life until the age of 19, when both his parents died just months apart - his mother from cancer, his father in an automobile accident. “I took a bad situation and made it much worse,” he says, reflecting on the series of poor financial decisions he made during this tragic period of his life. Within a few years, he found himself literally homeless, sleeping occasionally under a pier on the Gulf Coast.

It was then that Andy asked the question that sparked a search for what would ultimately affect millions of people: Is life just a lottery ticket, or are there choices one can make to direct his future?

To find the answer, he went to the library. Over time, he read more than 200 biographies of great men and women - from George Washington Carver to Anne Frank - and discovered one common thread that existed between all of them: They had each made a handful of decisions at critical junctures in their lives that ultimately determined their success. Life was not a lottery ticket - they had chosen their fate.

The “Seven Decisions” (as he calls them) became the engines Andy used to carry his life in a dramatically different direction. Eventually, they became the outline for The Traveler’s Gift: Seven Decisions That Determine Personal Success, which was featured on ABC’s Good Morning America as a book-of-the-month selection and remained on the New York Times bestseller list for more than four months. This stunning story of one man’s time-traveling search for meaning and fulfillment has since been translated into over 40 languages.

His subsequent releases - including The Noticer and How Do You Kill 11 Million People? -  have continued to earn Andy praise for his ability to weave subtle yet life-changing lessons into riveting tales of adventure and intrigue.

Stay informed of our News, Events, and Activities by signing up for our News and Publications...